Mumbai : The globe is ruled by Leos from July 22 to August 22. Leos are naturally born leaders and entertainers, so it stands to reason that there is a tonne of renowned celebrities who were born under this sign. They are great examples to represent the Leo season because of their confidence and perseverance.

Take a look at the top four Leo celebrities who truly embody their zodiac signs—they will astound you:

Number 1 on the list is Kiara Advani, who first gained notoriety for her role as Sakshi Rawat, the real-life wife of M.S. Dhoni, in the film. Later, she appeared in several additional movies, including OTT ones. Lust Stories, Good News, Kabir Singh, Guilty, Laxmii, Indoo Ki Jawani, Kalank, Shershaah, etc. are just a few of her works.

Kiara was born on July 31, 1992, and has a personality type of Leo. Leos are the most attention seekers. They are outgoing, party animals, compulsive shoppers, smart, engaging in stimulating discussions, unconventional, and brave. The four zodiac signs that are most compatible with her are listed below.

Kriti Sanon has been able to captivate the public with her out-of-the-ordinary demeanor. Sanon has accomplished what Leos are known for: sweeping the public off their feet with her flawless red carpet outfits and movie roles.

The actress, who has managed to captivate her admirers with her on-screen appearance, is no different from other Leos , she was born on 27 July 1990 , Leo’s are said to be born with a propensity for flamboyance. Kriti Sanon’s commitment and sincerity demonstrate that she is a real Leo, as seen by the positive reviews and enthusiastic public response to her performances in films like Raabta and Luka Chuppi.

Himanee Bhatia, one of the most talented and promising new faces has blown minds with her performance. She is said to be the finest performers in town amongst the new generation of actresses, and is fondly referred to as the ” Desi Gone Girl” for her iconic performance in Blink, as her character Ghazal. Himanee, who was born on July 26, 1995, is an actress, author, host, and producer who mostly works in Movies and series.
She has a dominant Leo personality type, as Leo’s are said to be headstrong and passionate, and her decision of leaving law and a risk consulting job at KPMG for her passion for acting and writing clearly shows her dominant Leo side.
Leo’s are also playful and charming, maybe that’s why she is called ‘Delhi’s Doll’.
She indeed is a risk taker with a unique style, like a true blooded lioness.

She has gained a lot of acclaim for her acting after taking home two awards for her work in the web series “Decoupled,” the movie “Blink,” and most recently, her first Punjabi music video.

Sara Ali Khan is youthful and vivacious and has just received recognition. She is full of life. The princess of Pataudi was born on August 12, 1995. She is funny, smart, easygoing, and adventurous, which are all traits of Leo, and this is quite apparent. Her films Kedarnath, Simmba, and Atrangi Re were box office smashes. 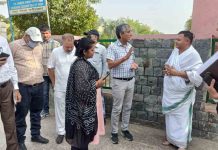 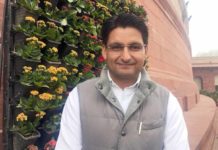 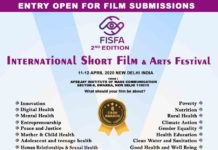