What exactly is popular south actress Rashmika Mandanna doing in a campaign for a leading men’s underwear brand endorsed by Vicky Kaushal? - Newsstudio18

New Delhi News, 28 Sep 2021: Amul Macho turned gender stereotypes on its head, way back in 2007 when they launched the daring “yeh toh bada toing hai” TVC for Amul Macho underwear by focusing on female desire. With the jingle achieving cult status, the brand is back over a decade later with the launch of Macho Sporto; with a commitment to legitimise the female gaze. The TVC series features leading south actress Rashmika Mandanna and A-List Bollywood star Vicky Kaushal. The casting of a leading actress like Rashmika in an ad for a menswear product is another departure from the norm.

Conceptualised by creative agency Leo Burnett and promoted by media agency Madison Media Omega; the Macho Sporto campaign films consist of 3 films, which work as a series, taking up a very bold and progressive topic like the female gaze.

The films feature two of India’s biggest movie stars – Rashmika Mandanna and Vicky Kaushal. Rashmika playing a young yoga instructor and Vicky as one of her attractive students. The ad shows different scenarios during their yoga sessions where Rashmika happens to catch a glimpse of Vicky’s Macho Sporto waistband and in an attempt to get another look, has him reaching high shelves and holding longer poses. Vicky catches onto her playful efforts and obliges her requests every time.

Navinn Seksaria, MD of JG Hosiery, parent company of Macho Sporto says, “We are reviving our iconic campaign, ‘Yeh Toh Bada Toing Hai’, with a modern and trendier avatar of our brand, Macho Sporto. Although we are advertising men’s underwear, the campaign is centred around a young and confident woman who is empowered enough to gaze at a man she feels attracted to. Breaking patriarchal stereotypes, the campaign intends to highlight how today’s women don’t hesitate in making the first move. What better than a male underwear brand to convey this message and begin a fresh conversation.”

Speaking about the campaign Rajdeepak Das, CEO & Chief Creative Officer – South Asia, Leo Burnett said, “Through our campaign Yeh toh bada Toing Hai 2.0 – we wanted to address and break regressive old fashioned gender stereotypes. Typically innerwear brands portray conventional male dominant imagery, but our films depict a role reversal where we normalize and make the woman in control. This is probably the first time where a men’s wear brand is showing a woman taking the lead. The films are light hearted and have the brands signature tongue-in-cheek humour with Vicky and Rashmika playing their onscreen roles perfectly.” 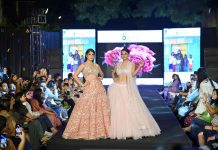 Rashi Anand, founder of the leading NGO hosts an evening with Fashion for a Cause 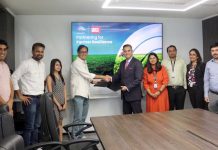 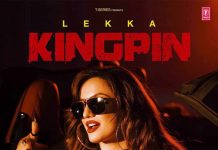 Pop singer Lekka has made it to the music charts with her latest song ‘Kingpin’. 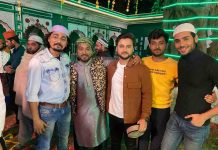 “I have managed to get into Jackie’s and SRK’s club, playing a baddie”, says debutant actor Lakkshey Dedha 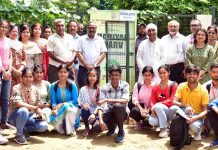 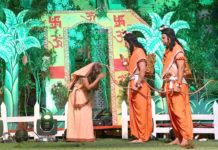 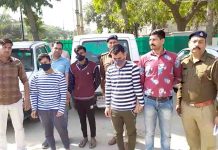 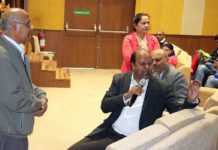