Mumbai : The Bollywood superstar Urvashi Rautela, who has coveted several pageants, has made her mark as a popular supermodel and Bollywood actress. She built her career through her Bollywood debut ‘Singh Saab The Great’ as the female lead opposite Sunny Deol.

Urvashi has also worked in the South Indian Film Industry and made her debut with the Kannada film ‘Mr.Airavata’, in which she was praised for her incredible dance sequence. Later, she appeared in Bollywood Films and garnered appreciation for her acting skills. Now, her Bollywood and modeling career is booming and her fans just can’t seem to get enough of the starlet.

Recently, Urvashi Rautela joined Deepika Padukone in lauding ‘Nari Shakti’ by PM Modi. Urvashi retweeted the #MannkiBaat and #NaariShakti post by adding a quote of Swami Vivekananda which says, “If you do not raise the women, who are the living embodiment of the Divine Mother, don’t think that you have any other way to rise.”

“If you do not raise the women, who are the living embodiment of the Divine Mother, don't think that you have any other way to rise.”
Swami Vivekananda

On the other hand, Bollywood queen Deepika Padukone retweeted PM Modi’s post, adding a quote by Mahatma Gandhi which delivers the message “Be the change you wish to see in the world.”
PM Modi’s post addressed and empowered all the women pilots taking part in San Francisco to Bengaluru direct and non-stop flight charge.

Speaking about actress Urvashi Rautela’s work front, she has recently completed her first schedule for her upcoming web-series ‘Inspector Avinash’, which she shared on her Instagram. She also has an upcoming bilingual thriller ‘Black Rose’ directed by Mohan Bharadwaj in the pipeline.

GO-GO-GOLMAAL Again this Diwali because it is bigger and better this... 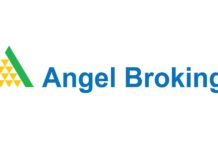 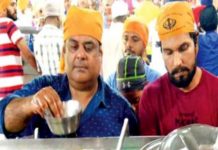 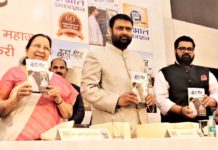