Oslo, 2022: Acclaimed filmmaker-actor Rahul Mittra, veteran action director Sham Kaushal & popular writer-actor-director Saurabh Shukla were honoured at the 20th edition of Bollywood Festival Norway in a glittering ceremony at a packed Lorenskog kulturhus centre, few miles away from the capital city of Oslo. Mayor of Lørenskog Ragnhild Bergheim presented the Lifetime Achievement Award to Sham Kaushal while Saurabh Shukla & Rahul Mittra were awarded for their contribution to the Indian film industry. An emotional Sham Kaushal thanked everyone with whom he worked in the film industry in a career spanning four decades and urged everyone to never stop dreaming. Saurabh Shukla shared his passion to become rich when he came to Mumbai years ago and finally succeeded in getting paid for what he likes doing. “That for me is being rich,” said Shukla. Rahul Mittra who’s succeeded in becoming a respected name in the Indian film & entertainment industry in a short span of time by backing good content spoke about the power of Indian cinema as the strongest soft power and highlighted its role as a major tool of enhancing cultural diplomacy in the world. Iranian actors Sam Nauri, Helia Emami & Sharifinia. The award function was followed by spectacular Indian dance performances by Indian, Polish & Norwegian dance troupes and a stunning act by The International stunt academy of Norway. Festival Director Nasrullah Qureshi shared his journey of last twenty years to popularise Indian cinema in this part of the world while head of festival programme Hemant Wason gave the vote of thanks. The festival will also have multiple film screenings of Indian & Iranian films, followed by a concert which will pay to legendary Indian singer Lata Mangeshkar in the coming few days. 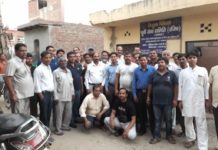 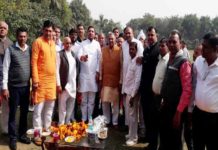 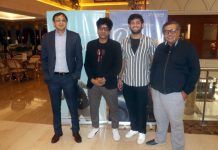 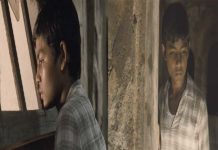