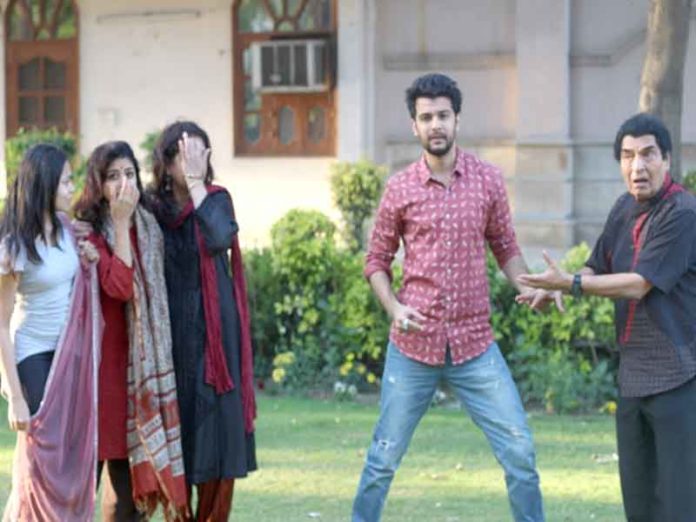 New Delhi News : LCM Entertainment brings life to the Classic French Play- the Miser, a broadway representation, to open minds and win hearts of the audience witnessing it. Hilarious to the core, the ninety- minute play titled MAKHI-CHOOS not only leaves you with tears of laughter but also awe-inspiring. Starring Mr Funny Bones, Govardhan Asrani, the play focuses on the story of a widower, Topan Lal who is obsessed with wealth and falls into a comedy of errors when he wishes to marry his son’s girlfriend. The play also unveils the mystery of ten thousand stolen golden coins towards the end.First performed in 1668, The Miser, written by French playwright Moliere has roots deep enough to engage its audiences even after 350 years. Makhi- Choos is an Indian adaptation of the same, starring Govardhan Asrani, famous for his comic roles in his five-decade career. The play is directed by Pranav Sachdeva, known for his roles in serials like Agar Tum Saath Ho and web series like Hadh, Maaya 2.This musical play highlights some serious societal issues with a tinge of humour, and will get your bones tickling till the last minute. The story also has a lost and found angle to it and is a complete entertainment package. One of its kind, the play has bagged a lot of appreciation due to its farcical concept and mind-blowing presentation. Apart from the general public, many renowned directors and actors have seen the play and highly recommended it. Ashutosh Gowarikar says, “It was an absolute pleasure to witness this magic on stage. Asraniji was totally commanding it. His presence and timing were immaculate. The play has worked for me on all levels. Well done team”. Sudhir Mishra quotes, “It was a pleasure to be there and enjoy this wonderful play and a breathtaking performance by Asraniji.” Shyam Shroff, owner at Shringar Cinemas says, “It has been an honour to be witness this musical comedy play. Too good!”This piece of art by Little Creative Minds loaded with creativity and humour is a family entertainer and not to be missed in any case. About the legendary comedian Asrani Govardhan Asrani, popularly known as Asrani has dedicated himself to the cinema and theatre for nearly five decades and has never failed to entertain people with his comical side. His acting and contribution to the Indian cinema has won many hearts all these years and continue to do so. Koshish (1972), Bawarchi (1972), Parichay (1972), Abhimaan (1973), Mehbooba (1976), Palkon Ki Chhaon Mein (1977), Do Ladke Dono Kadke (1979) and Bandish (1980) are some of his more noteworthy films. His cameo appearance in the movie Sholay (1975) is something he will be definitely remembered by. Asrani has played the lead role in many Gujarati movies during the 80’s. Some of his iconic performances during this decade were Hamari Bahu Alka (1982), Ek Hi Bhool (1981), Kaamchor (1982), Agar Tum Na Hote (1983), Asha Jyoti (1984), and Maqsad (1984). In the 90’s Asrani starred in comic roles in movies like Jo Jeeta Wohi Sikandar (1992), Gardish (1993), Gharwali Baharwali (1995) and Bade Miyan Chote Miyan (1998). From 2000 onwards, Asrani has acted in films like Hera Pheri (2000), Hulchul (2004), Garam Masala (2005), Chup Chup Ke (2006), Bhagam Bhag (2006), De Dana Dan (2009) and Bol Bachchan (2012). He has also been a part of the recent release Yamla Pagla Deewana: Phir Se (2018). About Pranav Sachdeva Born and brought up in Delhi, Pranav Sachdeva is a versatile actor and director and co-runs the theatre group, LCM Entertainment. After obtaining a degree in law, he moved towards pursuing a career in acting. Pranav has been a part of TV Serials like Zindagi Dot Com, Agar Tum Saath Ho, Airlines, Intehaa and Laathi; and web series like Hadh, Dilliwood, Hope and Maaya 2. The actor also has a soft corner for theatre and has shared the stage with the legendary Asrani in plays Makhi-Choos and Kya Family Hai. Apart from serials and web series, the actor has also featured in various ad commercials like those of Dabur and Hyundai. Determined and hardworking as ever, Pranav never fails to deliver.

Seerat Kapoor Can Be Your New Motivation to Get A fit... 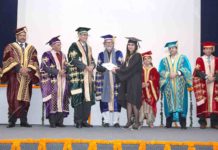 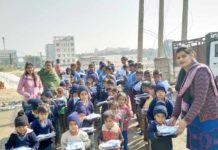 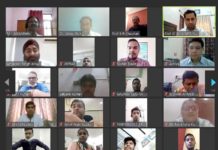 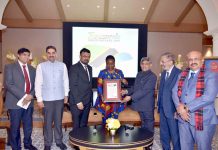